Our Mission is to Foster Growth

We've had years of experience working with startups and understand cultures and challenges with developing a presence in the international market.

We are proficient in working with limited resources to help companies in all stages quickly establish strong market presence in the most cost-effective manner. 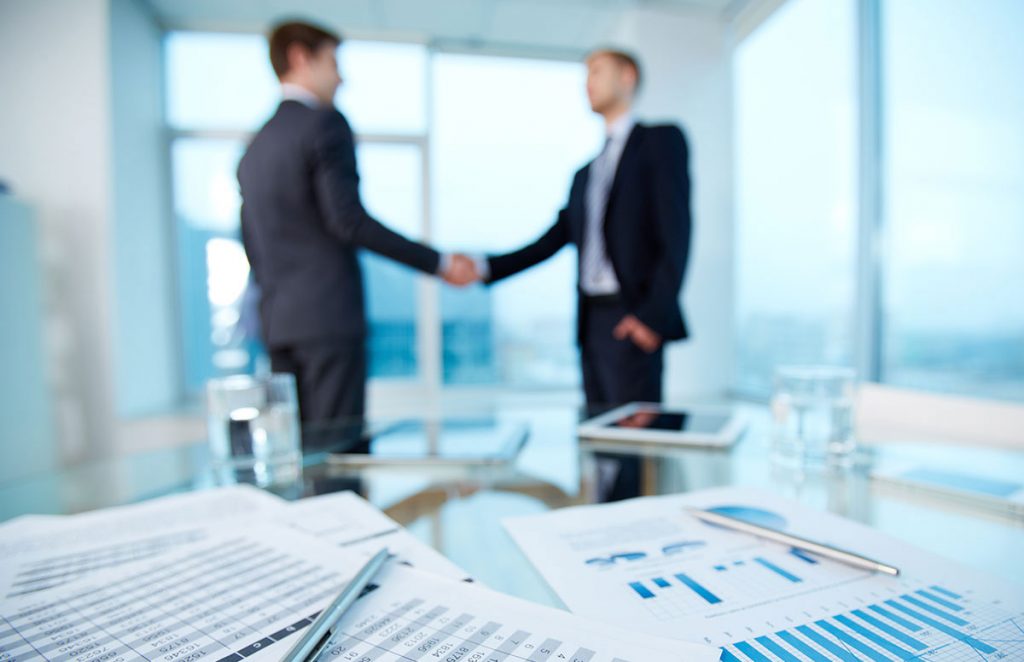 We've earned a reputation for excellence in market acceleration with the success of our numerous clients. Our support is unparalleled. We'll empower you to succeed internationally.

We started in 2001 right after Internet bubble burst. Having built extensive network and contacts in both US and APAC, both with channel partners and end-customers across the regions, I formed a team with similar background based out of South East Asia, Japan, Australia/New Zealand and Greater China, where each of them is a seasoned veteran in their own respective local country or region. 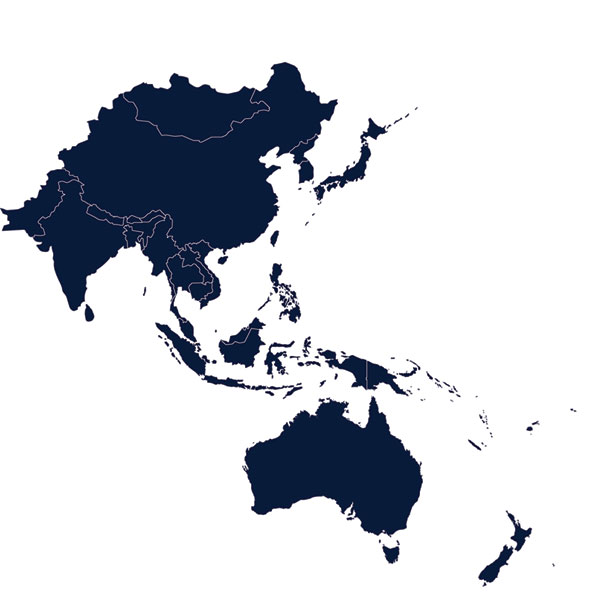 The Asia-Pacific Markets (APAC) are a fragmented set of markets in which each region is unique, both culturally and in terms of how business is conducted. In the same time, APAC is a very lucrative and important target market for hi-tech companies, from growth and strategic alignment perspectives.

Being a far reach territory, accessing the APAC market becomes a challenge when companies are looking to focus their efforts and budget to gain maximum leverage in minimal time. Knowing which region to address first, and being successful expanding on that is the key success factor for any venture looking to access this market.

When it comes to Asia-Pacific markets, one critical factor rises above all others in determining success: the breadth and depth of your relationships. In this area, TransAccel offers an unsurpassed level of expertise, proven contacts, proven results and on-site presence throughout the Asia-Pacific.

Simply put, no one offers tech companies a better introduction to the Asia-Pacific opportunity than TransAccel.

The US is probably one of the most dynamic markets in the world. In general, foreign companies doing business in the US face a wide range of challenges and risks in entering the marketplace. The APAC companies entering into US market could encounter language, cultural and market challenges.

It is important to have clear understanding of the US business etiquette and cultures, especially the main drivers that motivate American business individuals. Besides bridging the gap, TransAccel will help formulate sound market entry strategy that enables APAC companies to excel in establishing and maintaining their market presence in US. 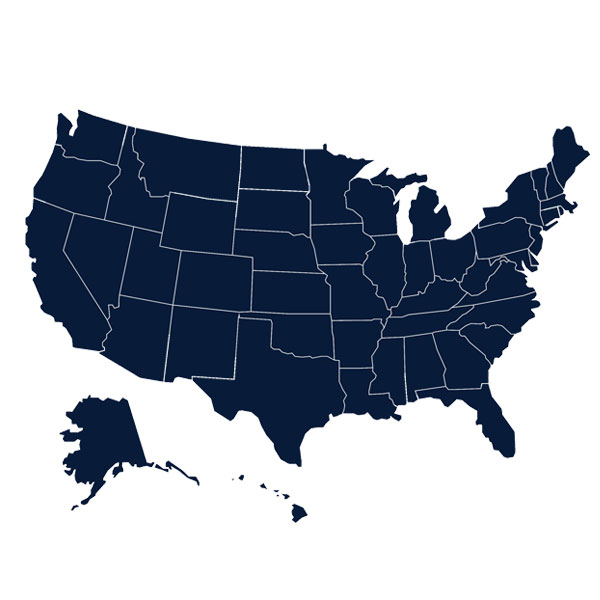 Our Success Is Measured by Our Clients' Success

We take our clients business very seriously. We work hard and employ creativity and innovation to continuously overachieve our client's goals. But at same time, being long time professionals in this field (25-35 years) where we have seen all types of situations, we constantly remind ourselves to have fun and relax. This allows us to meet any challenges as a team.

Over 27 years of strong leadership experience in marketing the products and services of technology companies. Since the inception of TransAccel, he has continued to lead in delivering superior services & contributing to many clients' success.

Prior to founding TransAccel, Wilson Chandra was the President and CEO of Mobax, where he was instrumental in developing new markets for the innovative concept of Mobile Application Exchange in the machine-to-machine (M2M) industry.

Before this, Mr. Chandra was the Regional Marketing Manager for Memorex Telex Asia-Pacific - a subsidiary of Kanematsu Corporation - where he was a key visionary and driving force behind the company's comprehensive product and services offerings along with playing a leading role in the growth of its internet working products and services revenues.

His seasoning with these companies combined with his vast experience and expertise has enabled him to build successful market entry strategies for companies from both the United States and Asia-Pacific regions.

Mr. Chandra holds both MS and BS degrees in Electrical Engineering from the University of Southern California.

In addition, Mr. Landthorn spent time as an entrepreneur/business owner in the international motor-sports arena as CEO of a well-known racing organization with branches and affiliates in the US, Canada, England and Japan.

Mr. Landthorn holds a BS in Electrical Engineering with honors from the Ohio State University & served as a Captain in the US Army Signal Corps.

Brings over 33 years of executive management, sales and engineering experience as he takes on the prominent role of Managing Director in Australia and New Zealand for JYC.

Before working at Equator One, Mr. Wong served as Vice President and General Manager, Broadband Networking Division, South East Asia for Alcatel where his pretigious achievements included leading the integration exercise between Newbridge and Alcatel staff in South East Asia, acquiring a number of important accounts that included the first commercial ATM project and broadband access projects in Vietnam, the first DSL deployment in Cambodia, DSL projects for Telekom Malaysia, PLDT, PT Telkom, Globe Telecom, along with increasing service revenue from under 2M euro to 6M.

Mr. Wong's vast and impressive executive management experience also included stints with Newbridge Networks where he served as Managing Director, South Asia and made numerous contributions including the development of a number of major new accounts including BPL in India, 1Net in Singapore and ADC (part of Shin Corp.) in Thailand. Prior to that he has worked for West End Networks Limited, Scitec Limited, as well as Motorola Information Systems Group.

Over 22 years of experience in marketing and business development of communications products and solutions in Asia. Most recently, he was the founding Director and General Manager of Advantage Plus Technology Ltd in Hong Kong.

Prior to Advantage Plus, Mr. Choy was the General Manager of Business Development of ITApps Ltd that was once a subsidiary of the Singapore listed Teledata Group of Companies, and he was a key driving force to grow the business communications business for the company as well as the key person to manage the vendor relationship and solicit new products and solutions for the company. Before that, Mr. Choy was the regional manager of Lucent Technologies and was the key force to grow the China and HK business of GBCS products from scratch to tens of millions business. Prior to Lucent, Mr. Choy was the Corporate Account Manager of Jardine Metrolink Ltd, a Nortel communications products distributor in HK, and was responsible for selling Nortel products to major corporations in HK.

Mr. Choy began his career with personal computer selling in Hong Kong and China. He has been engaged in channel recruitment and business development since 1988, and was one of the first batch of businessmen from Asia doing business in the just opened Eastern European market in 1989 before the fall of Berlin Wall, selling tens of millions of computer products to Poland, Hungary, Czech, Bulgaria, Yugoslavia and Russia. All these experiences have enabled him to build up a high level of business development skill and channel recruitment and management skill for new products and brand new markets.

Raymond Koh has over 33 years of experience in the Telecommunications Industry that includes over 20 years in executive management.

Prior to Synetcom International, Mr. Koh held several executive management positions over a 20-year period, which started with the Teledata Group of Companies where he was instrumental in the growth and success of not only his department but the overall prosperity of the Teledata Group of Companies. One of his astute accomplishments included successfully leading the Teledata Group to IPO in Singapore Stock Exchange in 1994. Mr. Koh was also responsible for the general management of the Group and the promotion of its activities and expansion in the region, which lead to active roles in the sales and marketing of the Group’s products and services culminating with the forging of strategic relationships with the Group’s major business partners that included Rolm, Siemens and AT&T.

Mr. Koh resides in Singapore with his wife and two sons.

Over 23 years of experience in the computer software and communications industry, including extensive systems integration experience and a proven sales track record. With his vast corporate user network, he has sold many millions of dollars of equipments and solutions.

In his most recent position as Japan Country Manager for Open Cloud (a privately funded company serving the telecommunications industry with next generation network technology), Mr. Fukuda successfully established many new relationships with carriers, creating valuable business and revenue streams in the process. Especially notable was the success with Motorola to deploy Double Number Service as one of the new services of Softbank Mobile.

Before his role with Open Cloud, Mr. Fukuda was with Sun Microsystems for a decade during which he acted as Global ISV Manager for Oracle and NEP Sales Manager. Achievements while at Sun Microsystems included securing OEM agreement from NEC and thereby increasing sales ten-fold to $50M; achieving Reseller Agreement from Hitachi and increasing sales ten-fold to $20M; performing the role of Software Manager for SunONE (formerly iPlanet); managing a successful NEMIP project with NEC for Global carriers; and acting as NSSP Sales Manager and promoting Sun's Telecom Software vision.

Prior to Sun Microsystems, Mr. Fukuda was an account executive with Stratus Technology in Tokyo for 3 years. Achievements included doubling of sales revenue each year he was with the company.

Armando Ponce brings over 25 years of executive management, sales, and engineering experience as he takes on the role of Managing Director for the Southern US and Latin America region.

Armando Ponce brings over 25 years of executive management, sales, and engineering experience as he takes on the role of Managing Director for the Southern US and Latin America territory.  Prior to joining Transaccel, Mr. Ponce was the Regional Sales Manager for Forescout Technologies, managing the territory and was responsible for setting up distribution channels and managing the performance of resellers to maximize sales and profitability for the company as well as ensuring year after year revenue growth.

Before working at Forescout, Mr. Ponce served as CEO/ President of APCD Enterprises landing several contracts with Fujitsu's security business unit at PFU Mr. Ponce has assisted in creating a revenue stream to  a few startup companies that were acquired or IPO, Roving Planet acquired by 3COM-Tipping Point, IDE acquired by Nortel and Forescout IPO in recent years.  Some of the important achievements on his technology experience are:  Design and Implemented the security policies at DFW airports for FBI & First responders, design and implement Security Access Control for Oxford University and was part of the team that design UCLA network infrastructure backbone 2nd largest in the US as well as several Network Security projects for Pearl Harbor Naval station.

His experience is vast of several verticals such as: Enterprise, Oil and Gas, Healthcare, Financial institutions, Government and Armed forces.  Mr. Ponce has great International experiences in several continents from Europe, Asia, US, and Latin America.  Mr. Ponce brings a great deal of experience in sales & engineering, with a strong focus on customer satisfaction.

Mr. Ponce holds a Bachelor of Electrical Engineering with a major in satellite communications from Instituto Tecnologico y de Estudios Superiores de Monterrey, MIT affiliate.  He has lived in Dallas, TX  for over 20 years with his family,  wife, and three children.

Our teams are highly proficient in working with limited resources to help companies at all stages to quickly establish a strong market presence in the most cost-effective manner.